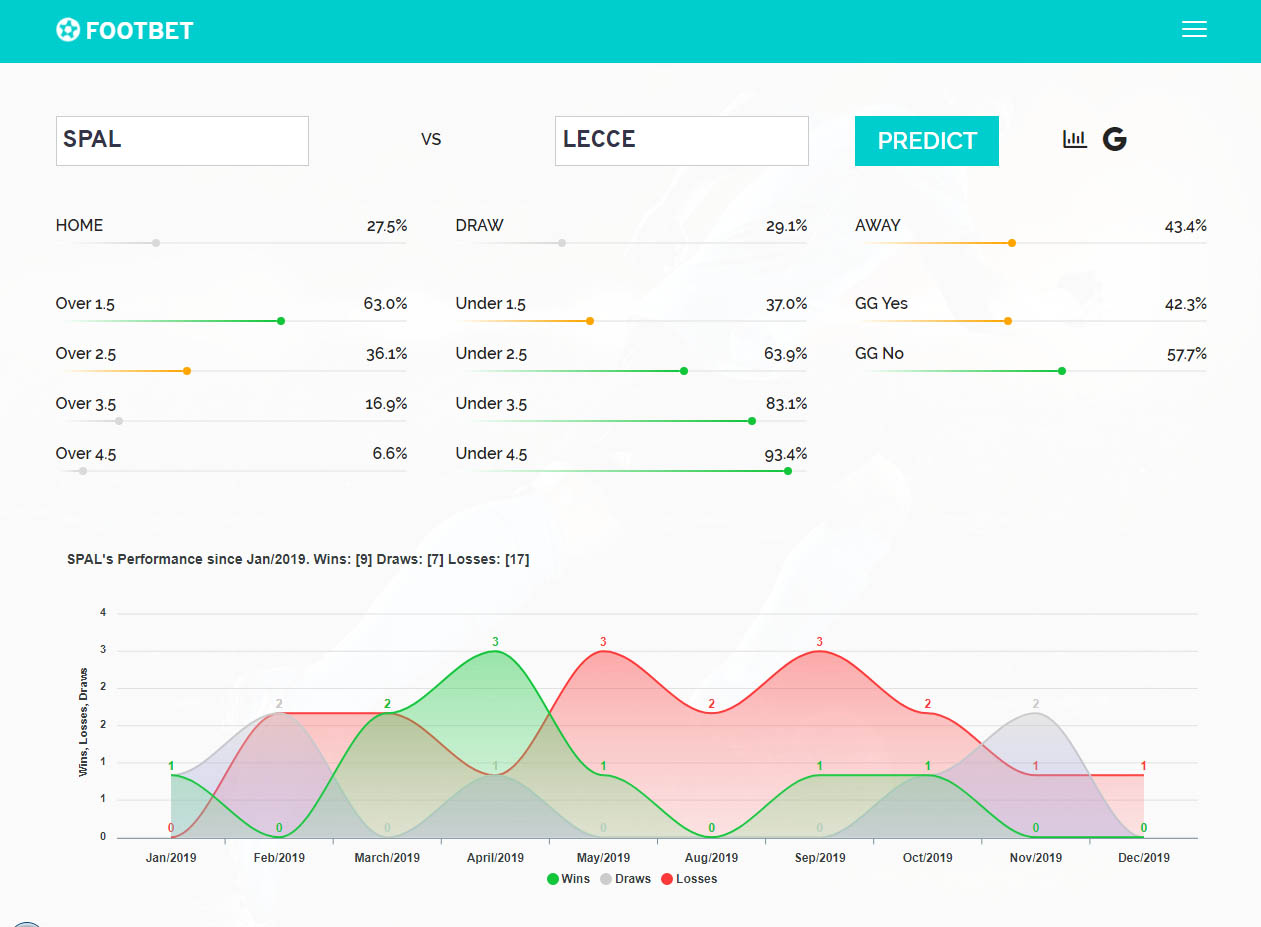 What is this wizardly?

That being said, it is imperative to note that it’s not a sure bet. Nothing ever really is. It is impossible to
predict what 22 (24 if you count the refs) people are going to do in the field.

Ok, so how do I use it? Simple… type in your home team and away team in the appropriate fields and click predict. While typing, make sure to select the team as suggested in the autocomplete. The system will work only if the teams are in the prediction data.

If the team you’re after is not suggested by autocomplete, either we do not have the data or there is a spelling mistake. Sometimes a team name is not spelled the same way as you would expect… That’s not solely on us, it’s the nature of the data we get and how we later format the said data to better make sense of it via code. An example of this is German side Borussia Mönchengladbach. After all is said and done, the end result is M_GLADBACH. Weird, huh!

Point is before giving up, try and type different variations of your team name and see what pops up. Another example is team like St. Etienne. After formatting, the team name becomes ST_ETTIENE. The period and the space are removed. Another example is Nottingham Forest. After formatting, it becomes NOTT_M_FOREST. Yeah, that one is a nightmare. Periods, quotes and spaces are replaced with underscores.

They are too many to list here (read: I’m lazy and can’t be bothered to list them), but they are available to view from the source here and here.

Any cookies that may not be particularly necessary for the website to function and is used specifically to collect user personal data via analytics, ads, other embedded contents are termed as non-necessary cookies. It is mandatory to procure user consent prior to running these cookies on your website.

Ads are the bread and butter of free information! Without them, this website wouldn't exist. Please disable your ad-blocker to proceed!